Best Lingerie for Pear Shape Body – The Most Important Factors

#Outfits
Christine Steuber
Aug 15, 2020
2280
Reducing the shape of your body to fruit isn’t ideal, agreed. In that case, feel free to refer to your body shape as a triangle instead…

Reducing the shape of your body to fruit isn’t ideal, agreed. In that case, feel free to refer to your body shape as a triangle instead of a pear. The goal, ultimately, is to embrace those natural curves around your hips and waist. Whether you call it pear or triangle! As for the current topic at hand, it’s finding the best lingerie for pear shape body. Because that’s one heck of a job!

The advantage of having a pear or triangle shaped body is that almost every pair of jeans fit you well. On top of that, you make dainty tops appear to be daintier with your narrow shoulders. But the mere task of hunting down the perfect bra and underwear for your pear-shaped body is no cakewalk.

Keeping that in mind, you might want to read through this very helpful guide…

When looking for the best underwear for pear shaped women, you need to look for comfort and support. Many pear-shaped women suggest that what you truly need is a panty that is comfortable and breathable. Only then will your underwear feel like it’s the best you’ve ever worn.

This article talks about the best underwear for pear shaped women. They are both flattering and comfortable. And you’ll definitely feel more confident and relaxed in them. 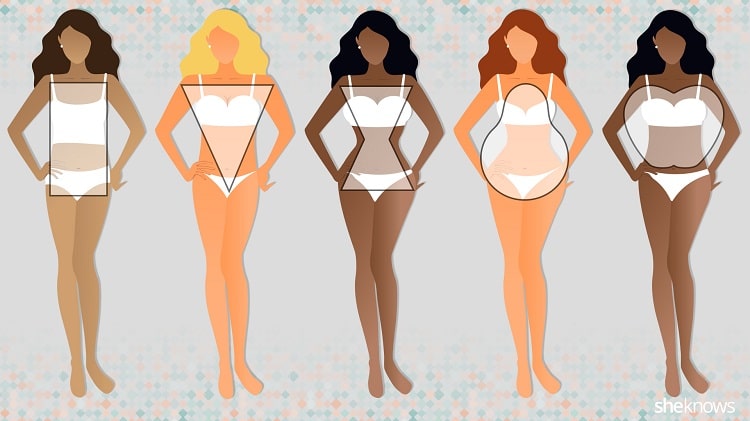 If your body type is triangle or pear-shaped, then you’re most likely to have the following features…

A waistline wider than the bustline

Narrower shoulders than the hips 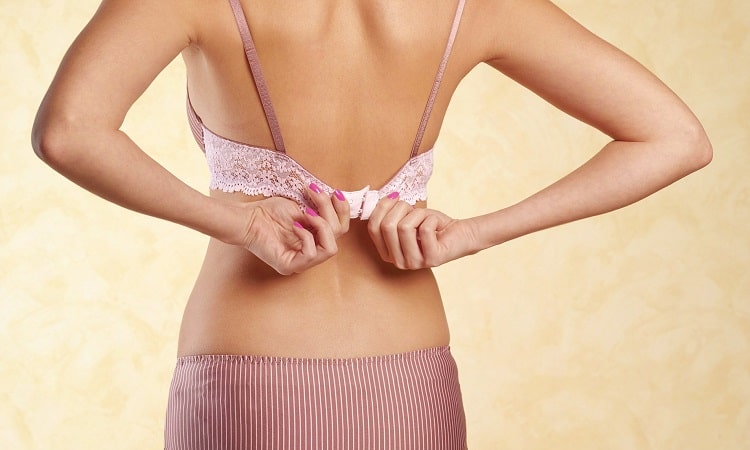 It goes without saying that women with a pear-shaped body have comparatively smaller sized breasts. What does this mean? That you should be choosing a bra that makes up for the narrower torso. I’m talking about specific bra styles here. The list includes balconette bras, push-up bras, and padded bras.

Choosing a bra that enhances your bust size is crucial at such times. And I’m not recommending these bra styles for necessarily making your breasts look bigger. Visual appeal is not the priority here. The thing about a push-up, padded, and balconette bras is that they balance out your narrower top half with your broader lower half. It’s really as simple as that.

These bra styles don’t just boost chest volume. But they also have the ability to make your wider hips look narrower. Along with making your waist look more defined. This means your pear-shaped middle region doesn’t seem too broad. The bras certainly take all the attention away from those wider hips and butt.

But what if your breasts are already larger and fuller? In that case, choose a bra with more lift and support. And, to be honest, the lingerie market has a bosom-full of bras that are specially crafted for shaping and lifting a larger pair of breasts.

In the end, no matter what type of bra you’re buying, what matters the most is the correct size. For this to happen, you have to make it a point to measure your chest properly. Because if the bra doesn’t fit well. Or is not supportive enough. Or is made using cheap or low-quality materials. Then the whole experience is going to be a disaster. Irrespective of what type of bra it is, what size of breasts you have, and what your body shape is.

Many women also take factors like visual appeal into consideration. Meaning bras with lace detailing, different print patterns, and the like. Now I’m not denying that this is an important factor. However, it’s not something that provides support and comfort. So in your list of priorities, place visual appeal in the lower ranks.

The ultimate goal is to find a bra that’s well-fitted and comfortable. 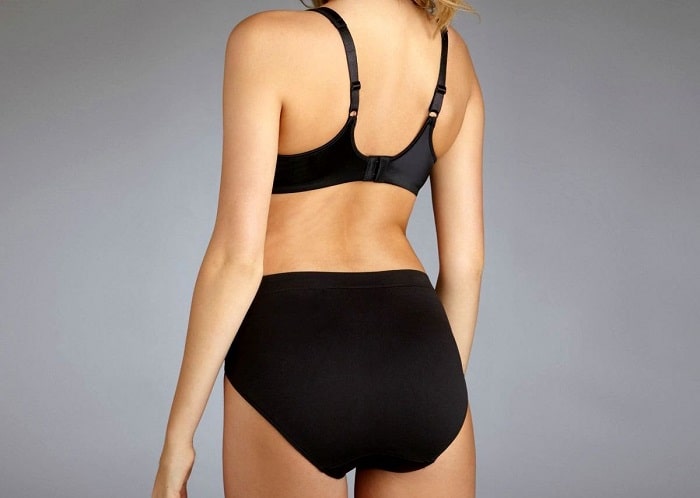 For a pear body shape, turn to underwear that slim and smooth your natural curves. There is plenty of such best underwear for pear-shaped body options out there. So why not make the most of an opportunity like this right away!

One very suitable choice is a body shaping and slimming shapewear. What these undergarments do is minimize the size of your hips, buttocks, and tummy.

And when I say shapewear, I don’t mean those traditional, uncomfortable corsets that ancient women used to wear. The shapewear of today has undergone a transformation. They are now extremely comfortable, supportive, flexible, AND breathable.

And the thing about such modern shapewear is that it’s the best for broader, curvier hips of the pear-shaped woman. But what if you don’t want to put on shapewear? In that case, you might want to consider buying briefs. Regular briefs are actually a very fitting option for the pear-shaped figure.

Briefs do an excellent job of smoothing out your curves. Not as flawlessly as shapewear, that’s for sure. Nonetheless, briefs, especially bikini briefs and high-cut briefs, make your legs, thighs, and buttocks look slimmer. So your top half doesn’t appear to be so narrow.

If your lower half is larger, then I would highly recommend high-cut briefs. They don’t falter when it comes to slimming and elongating the broader, curvier bits of you. Therefore, your pear-shaped body looks more balanced and proportionate. At least in comparison to your narrow breasts and shoulders.

As to what you should be avoiding, the list includes body shorts and hipsters. Otherwise, you end up making your lower half look even broader.

The most effective solution takes the form of briefs. As for what to keep in mind when choosing briefs for your pear-shaped body, here are two factors that matter the most…

No doubt, high-cut brief underwear for women are super comfortable. But, in the case of a pear-shaped figure, they’re even more fitting. As long as the structure is strictly high-cut i.e. high-waist. You get ample coverage right where you need it.

With curvy hips and buttocks, what feels more comfortable is a pair of briefs with broader leg openings. These have the ability to provide comfort, support, and flexibility for fuller legs. Meaning they keep away rubbing, chafing, and skin irritation. That implies no more inner thigh chafing to deal with either.

After all, the seams don’t pinch or squeeze into your skin. Nor do you end up feeling sweaty and hot if the leg openings are wider.

Pear-Shaped Body – What It Says About Your Health 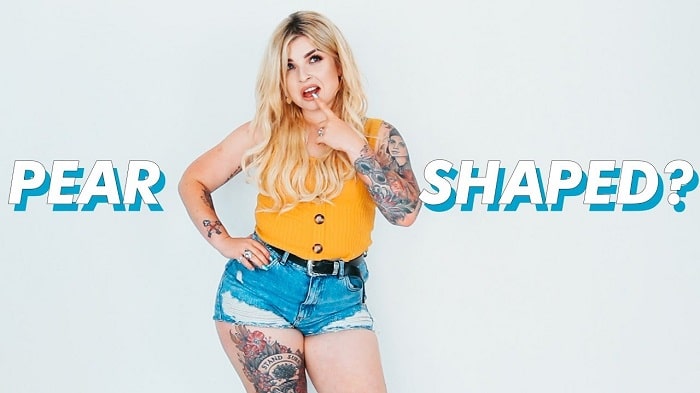 Is your natural body figure triangle or pear-shaped? If yes, then you should know that it’s the opposite of an apple-shaped figure. The former consists of wider hips and buttocks than the breasts and shoulders. As for the latter, the top is heavier than the lower body. This means most of your fat and weight is positioned around the buttocks, hips, and thighs.

Now here’s the good news about your fat being deposited in these regions. Weight around the thighs and buttocks is a result of subcutaneous fat. And not the more dangerous kind of visceral fat. This suggests that pear-shaped women are healthier. Than those with an apple-shaped figure.

Also, when your fat is placed around your hips, the chances of it traveling around your body are less likely. The outcome of this is a lower risk of developing heart diseases. At the same time, the risks associated with diabetes are also not elevated.

Now here’s the catch. With more fat around your hips, you’re more likely to deal with osteoarthritis. And the extra weight in that area is also more likely to turn into cellulite.

Losing weight becomes a more physically challenging task, no doubt. More difficult in comparison to an apple-shaped body. Simply because the fats present in the upper body i.e. tummy and chest burn more easily than the fats stored in thighs and hips.

But this merely means that you’re going to have to work a little bit harder for losing weight if you’re pear-shaped. Combine that with limited fat consumption. Along with closely monitoring your daily fat intake. And you can achieve your weight loss goals more quickly.

I think you might also like to know that women, in comparison to men, tend to accumulate more weight in their lower half. So those with even broader hips and buttocks have to take extra measures. Just to keep that part of their body in proportion to the rest of it.

Incorporate exercises that mainly target your leg muscles. This includes strength training like squats, deadlifts, lateral lunges, etc. Then there’s power walking and running too. This way, you’re converting your fats into muscles. Something that might sound appealing in the case of a pear-shaped figure.

Go for lean meats and high-protein foods. And since weight loss is a more difficult goal for pear-shaped women to achieve. Include fat burning edibles into your daily diet. Such as fatty fish, green tea, apple cider vinegar, eggs, etc.

Keep in mind that everybody type differs. This also means that every pear-shaped body is different. The pear shape figure is not the same through and through. So it’s only common to get flustered when looking for underwear and bras for your particular body. The good news is that there are specific styles you can rely on.

For bras, go for push-up, padded, and balconette designs. And for underwear, make sure to select high-cut briefs. Shapewear also works at such times. And always measure your size before buying. Because of the size of our breasts and even underwear changes from time to time. 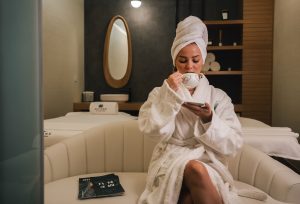 Can I tell you an embarrassing story? My friends invited me to spend a weekend at a spa resort, which is something I’ve never done before.… 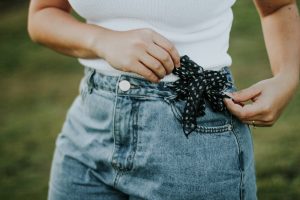 Step aside skinny jeans, as mom jeans are back with a bang!  I bet all of us ladies are thrilled at the much-needed comeback of the… 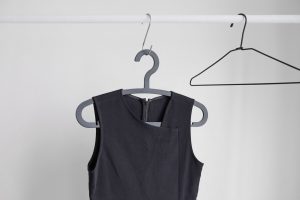 Girls, do you know the biggest superpower you can possess to boost your plus-size fashion game? Knowing your body shape's strengths and weaknesses and styling your… 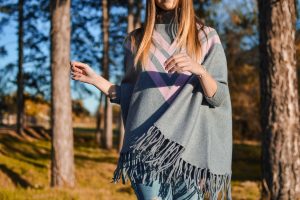 I have always loved ponchos. They are so comfortable and easy to wear. But I have always struggled with one thing - poncho outfit ideas. Do… 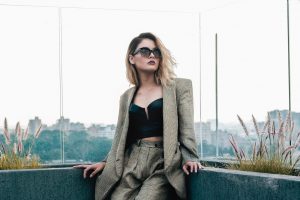 37 Blazer Outfits that Deserve a Place in Your Wardrobe

Ladies, I'm sure we all own a couple of blazers in the closet and don’t know what to do with them. This is a killer wardrobe… 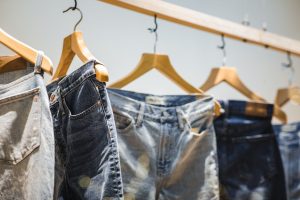 Are you one of those straight-figured beauties who think it's impossible to find the perfect pair of jeans that will make you look curvier? I understand… 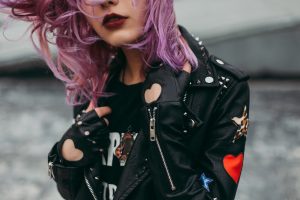 Are you a fan of the baddie aesthetic but are not sure if you can maintain it throughout the cold season? Well, I understand your concern.… 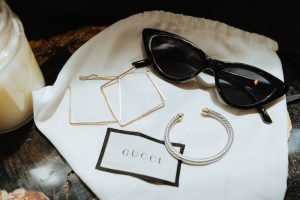 Freshen Up Your Looks with These 20 Gucci Belt Outfit Ideas

I don’t know about you, but often, when I look at my outfits, there’s just something missing. Sometimes this ‘something’ is a belt; that’s why I… 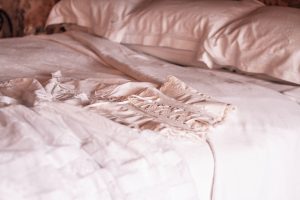 Choose the Best Strapless Bodysuit Shapewear with These 20 Picks

Over the past few years, shapewear has become a trending item of every woman's wardrobe to help perfect the figure. I own two pieces from SKIMS,… 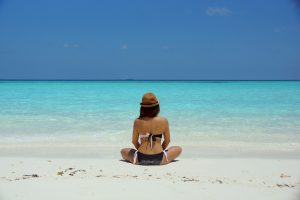 Are you thinking about trying self-tanning but not sure what to wear after a spray tan session? Don't worry - you've come to the right place…